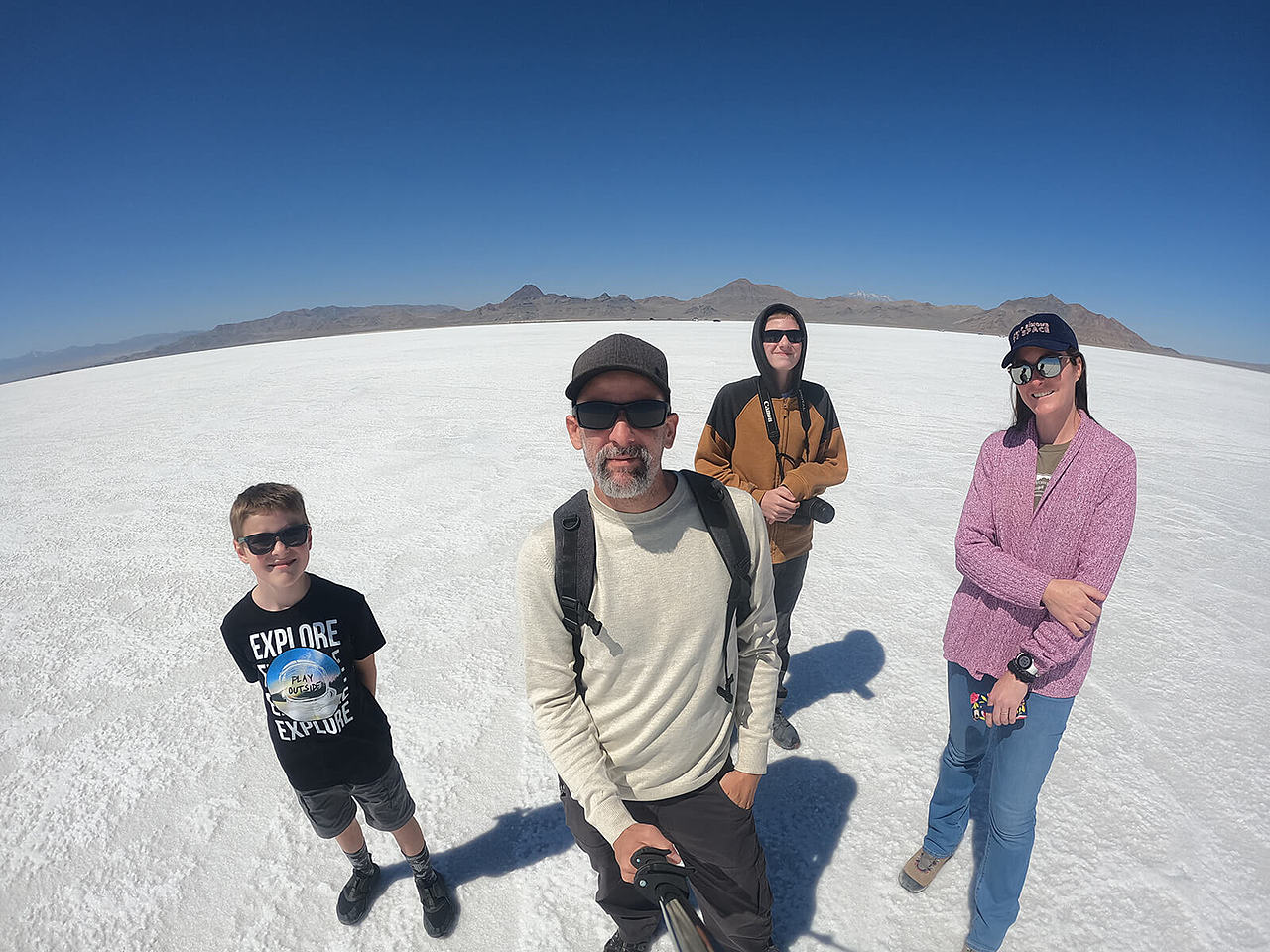 From Lake Tahoe, we headed to Bonneville Salt Flats. I don't think this place had ever been on my radar so I didn't have any real expectations. But it was really neat to see!

The Bonneville International Speedway is there. It's a long stretch of nothing along the flats where you can just drive... fast! The speed limit is 1,000 mph! This place has been used for speed racing since 1912. Now the Speedway hosts 3 different speed racing events annually (in August, September, and October.) We didn't actually take our truck out onto the flats. We did think about it! But we talked ourselves out of it. We did walk on the flats though and that was pretty cool! Be sure to have sunglasses with you - the reflection of the bright white salt is intense! 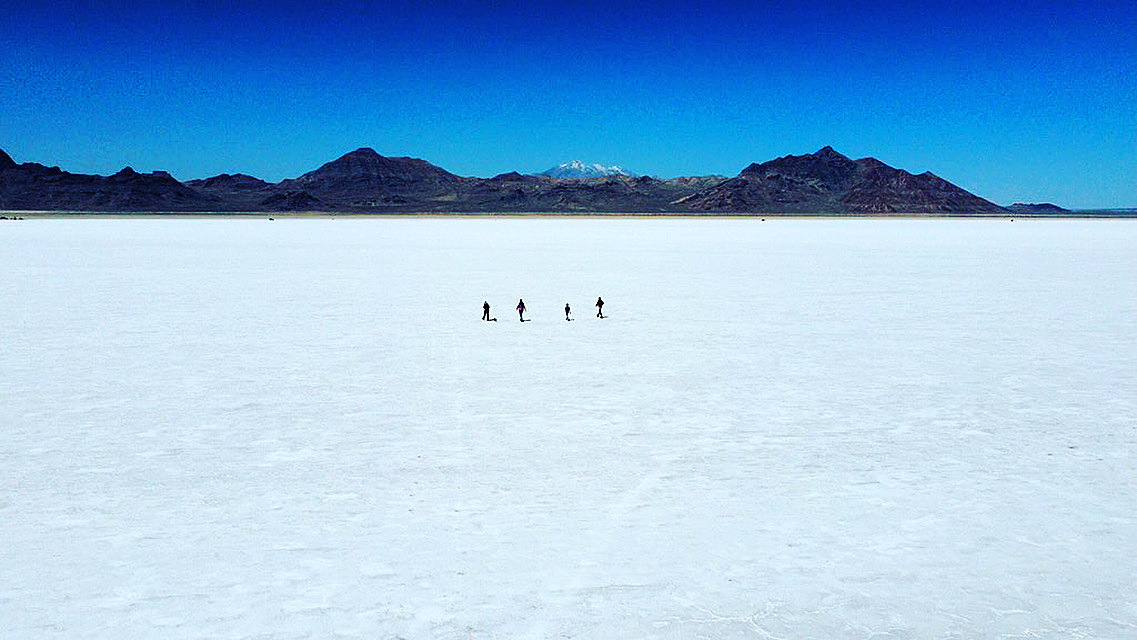 Wendover, NV is just minutes away from the flats and has some neat history. We spent an afternoon checking out a little bit of the town. In the Montego Bay Casino parking lot is the "last splice". The last of 130,000 telephone poles connecting east coast and west coast phone lines, erected by AT&T in 1914. They made the final splice at this pole bringing 3,400 miles of telephone line together. Also, on the road in front of this casino is the border between Utah and Nevada and the state names are painted on Wendover Blvd.

Down the road is Victory Highway, or at least part of it. Back in the days before numbered highways existed Victory Highway which ran from San Francisco to New York. Much like how Route 66 was swallowed up and overrun by larger interstates, Victory Highway eventually had to give way to Interstates 40 & 80. At this spot in Wendover, you can walk part of the actual original highway. There is also a Victory Eagle - eagle statues that they had planned on placing along the highway - only 6 ended up being put in place, one of which is in Wendover. 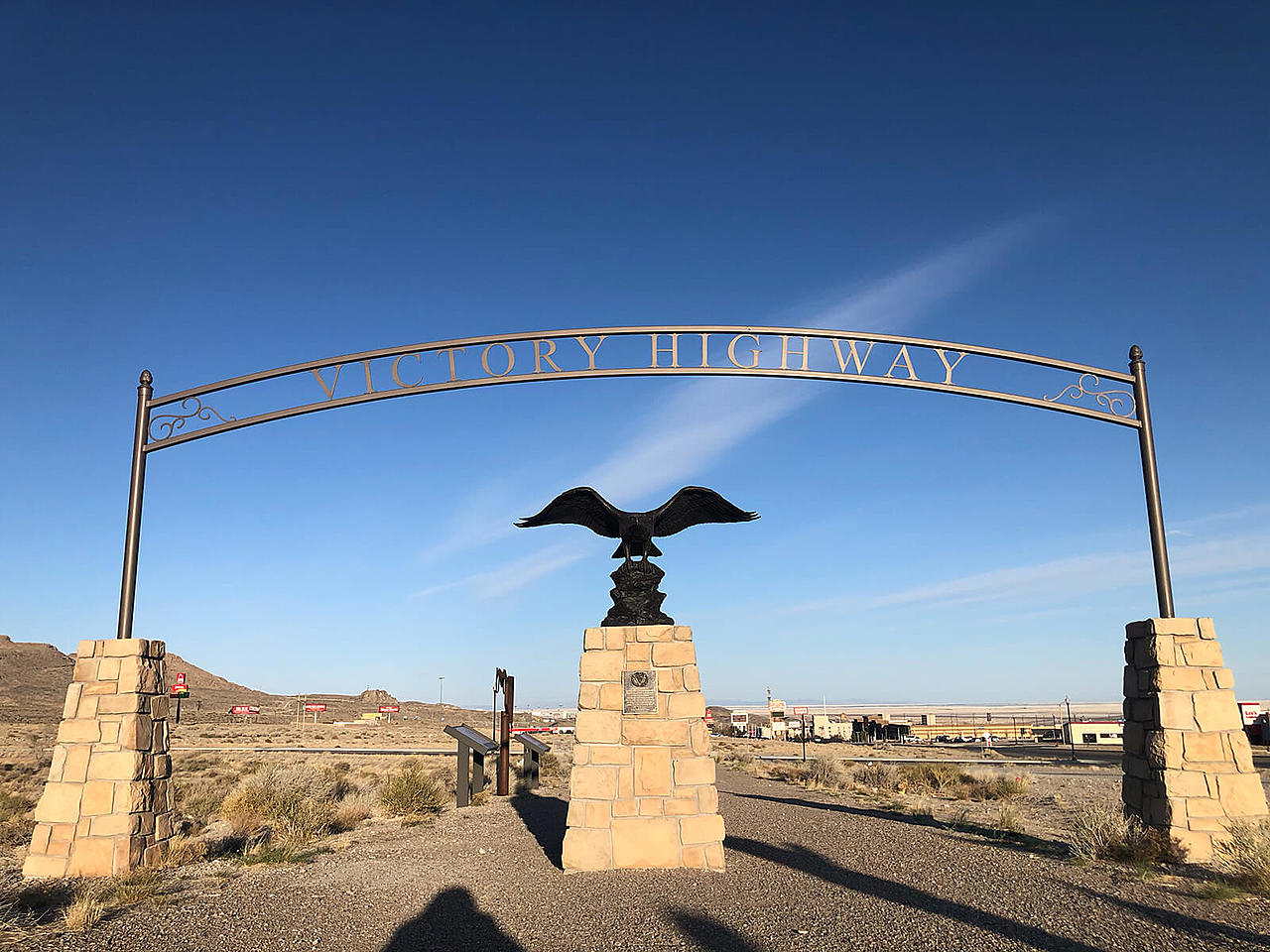 Right across the road from Victory Highway is possibly one of Wendover's most popular residents. Wendover Will! Standing in at over 60 ft tall, he is in the Guinness Book of World Records as World's Largest Mechanical Cowboy (though his arms don't move anymore). Will has almost 1,200 ft of neon tubing so if you want a real treat, be sure to visit him in the evening to see him in all of his glowing glory! 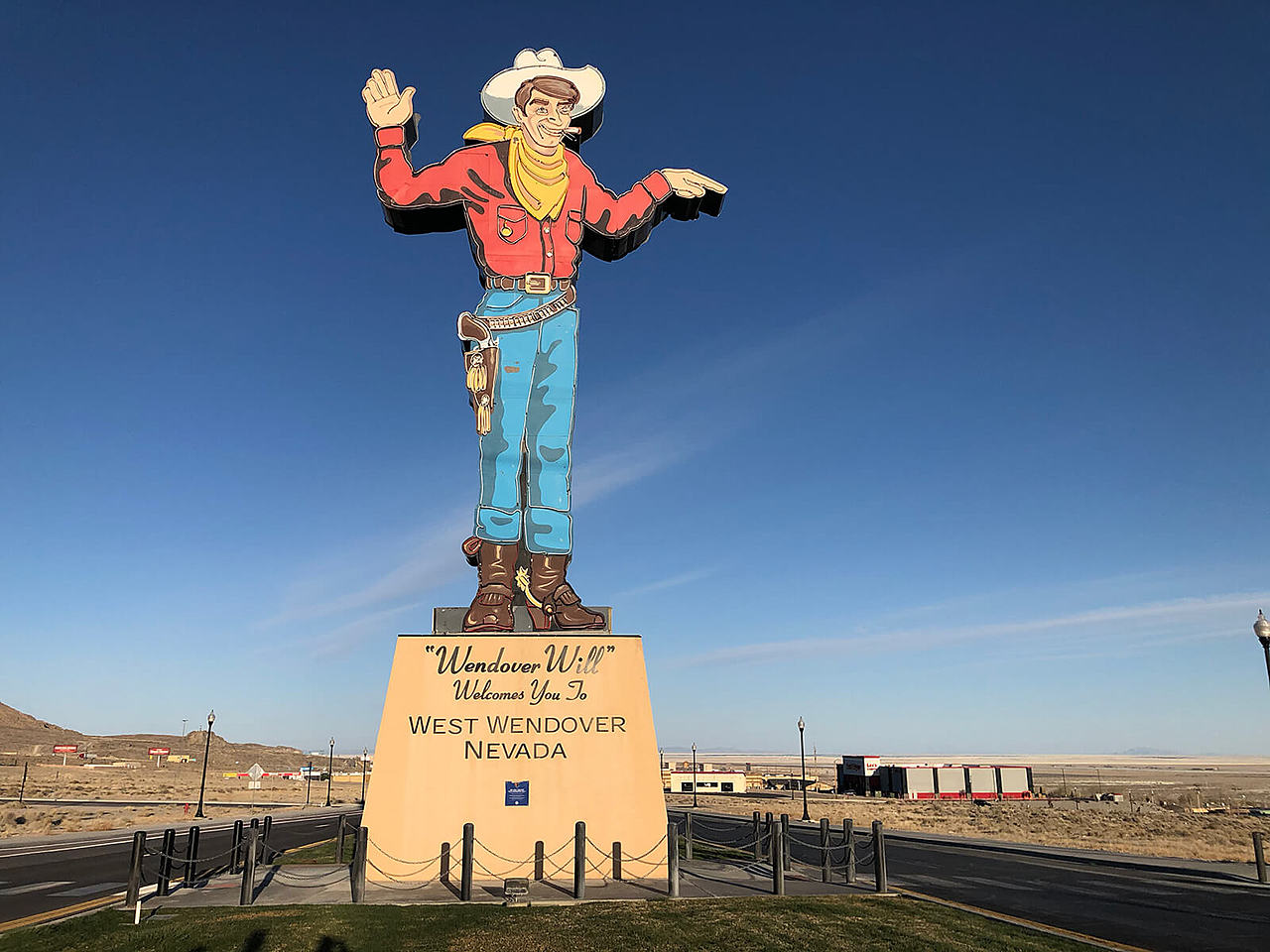 We made a mid-week move over to Antelope Island. There were a few things we were hoping to see while here. One was the bison herd on the island. Bison were first introduced to the island in 1893. Today, "it is one of the largest and oldest publicly owned bison herds in the nation." We did get to see a few groups around the island! We also saw some people who clearly missed ALL of the warnings about how these are wild animals and please do not approach them - people leaving their vehicles on the side of the road to walk toward these animals and getting within FEET of them! Y'all! No! Please don't do this. We also saw some pronghorn so that was a nice treat. And a lot of different types of birds - which was the highlight for our oldest son, a bird enthusiast and photographer in the making! 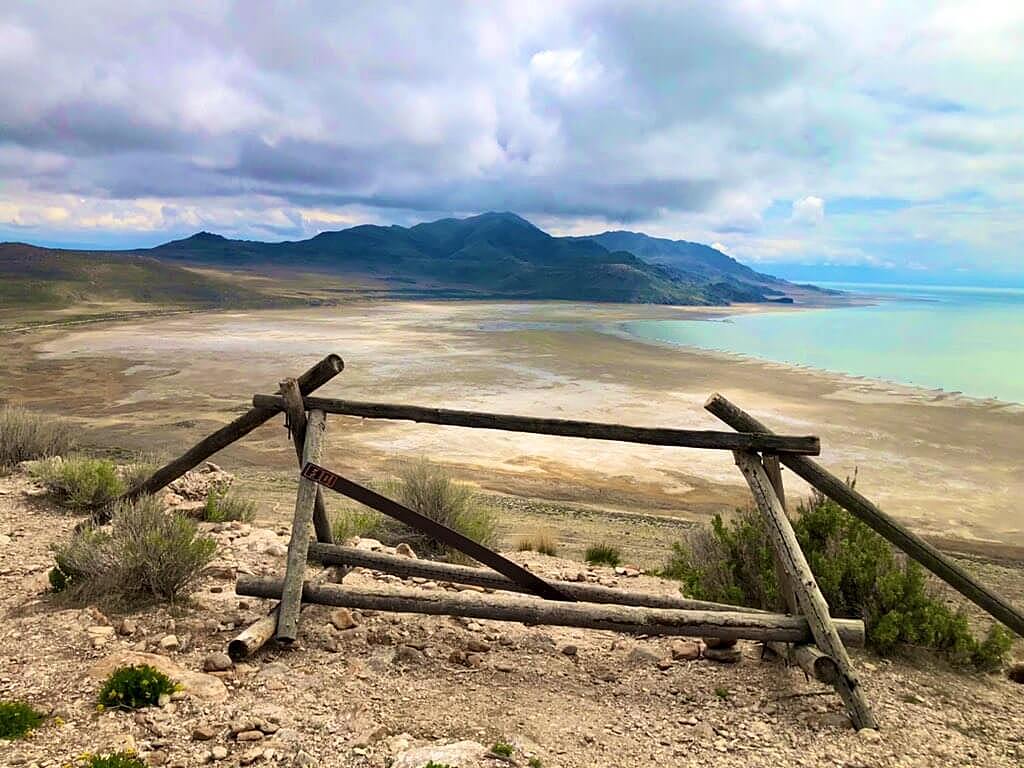 The weather didn't cooperate with us while we were on the island - cold, rain, wind. But the last day there did clear up for us. So we did a quick hike, Buffalo Point, which was gorgeous. And we drove along Antelope Island Road which runs along one side of the island. This is a place I can see us coming back to in the hopes of better weather and more time to explore.

From here, we'll be heading toward Saratoga Springs, Utah. We're slowly making our way out of the dirt and dust of the desert and back into some trees!