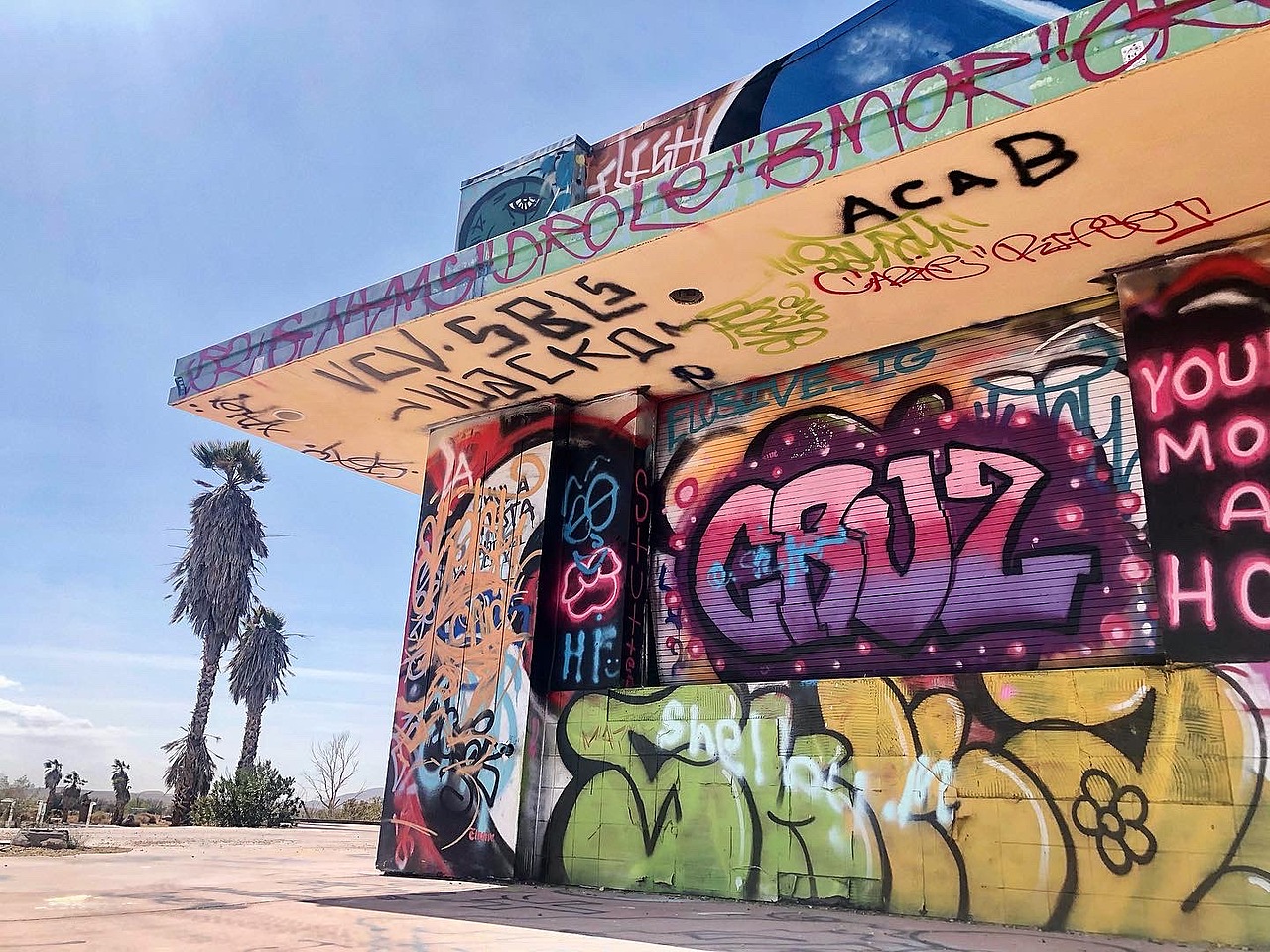 After spending a few days in San Diego having the lift done on our RV, we headed toward Julian, CA. It's the sweetest little town that is apparently known for its apple pie! There are at least 5 different pie shops/bakeries in town. We stopped in to Julian Pie Co. and picked up one of their Caramel Apple Crumb pies. It was, without a doubt, the best pie I have ever tasted! So if you find yourself in Julian, please don't leave without picking up some pie!

We then made our way toward Joshua Tree for a couple of days. We visited the World Famous Crochet Museum on a whim and I'm glad we did. It's so fun and quirky. We met Sherry, the owner, in her cute little shop that is on site. There are a few other eccentric shops and museums in the same area so give yourself some time to explore! 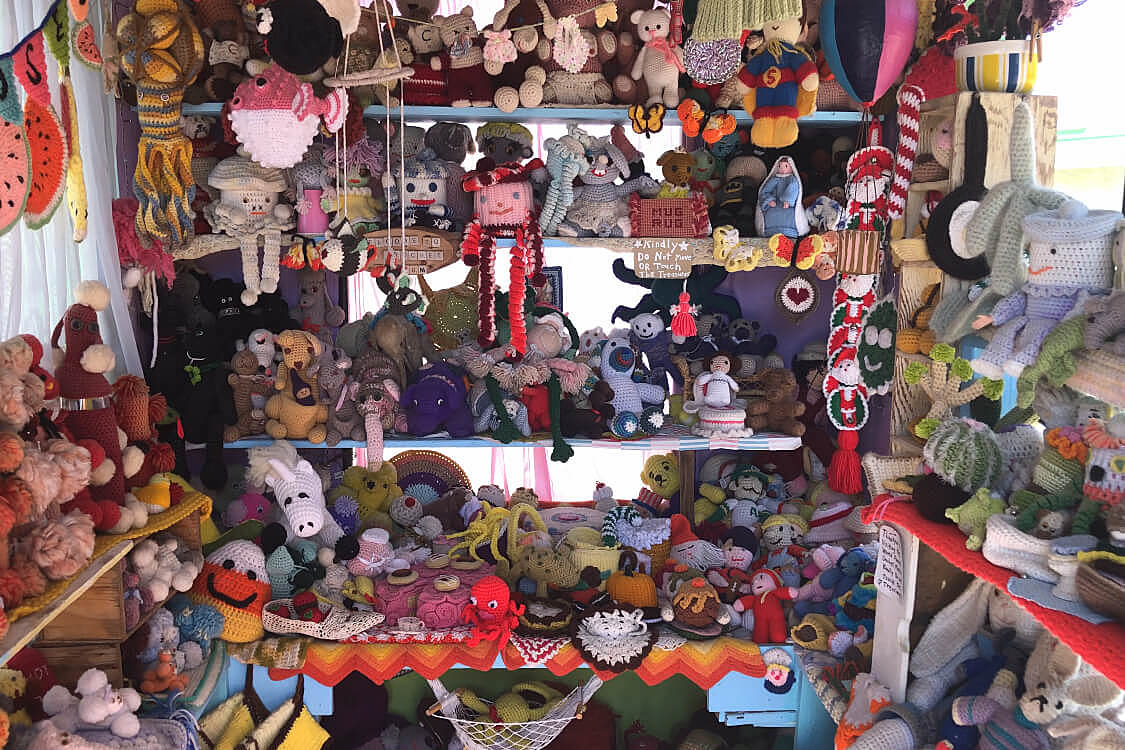 From there, we made a quick hop over to Landers, CA to see Giant Rock. This is the largest freestanding boulder in North America - covering 5800 sq ft and standing 7 stories tall! There is a lot of history surrounding this place. It was a sacred space for Native Americans in the area. Then in the 1930s, a man named Frank Critzer, used dynamite to clear out the space under the rock to build himself a multi-room house! The rock was also a meeting place for UFO enthusiasts in the 1950s. There was a cafe, airstrip, gas station, and a store on site until 1975. In early 2000, one side of the boulder split off. We boondocked for one night within walking distance of the boulder - it was one of the dirtiest spots we've stayed. It was pretty sad what people have done to this area that has been so important to so many people throughout the years. 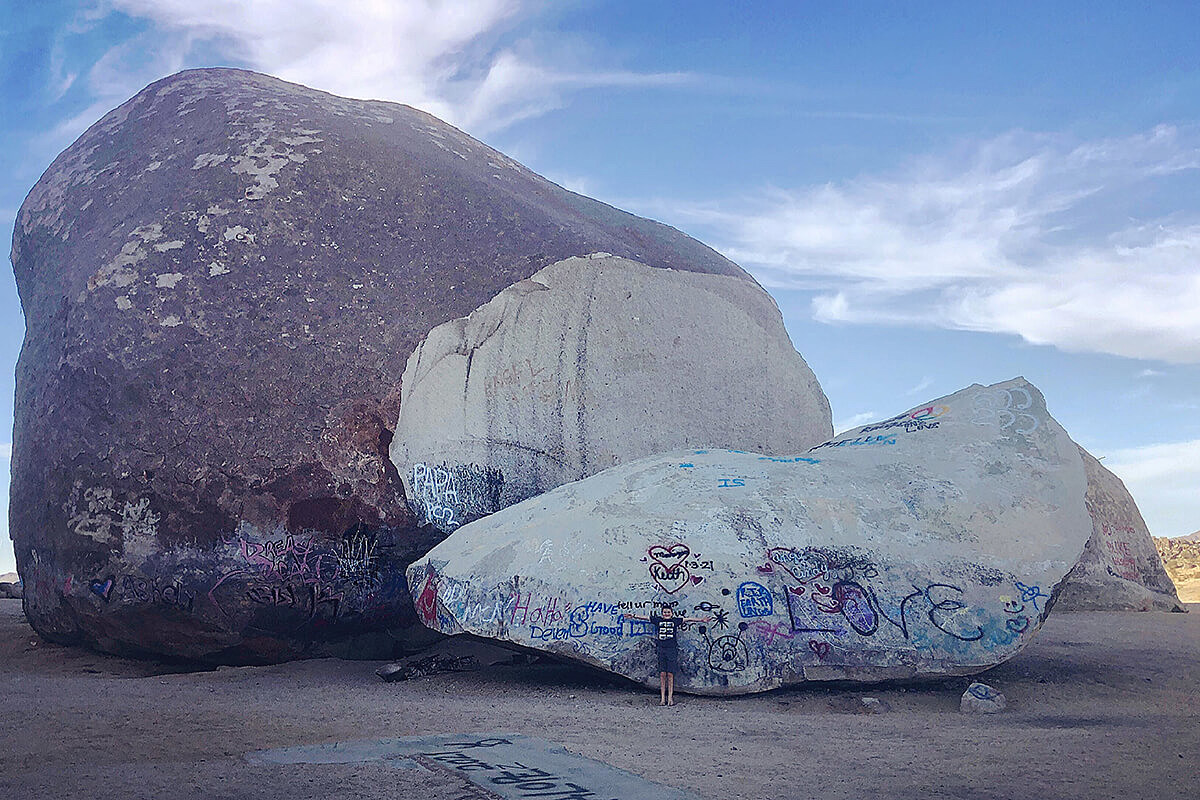 From Landers, we headed over toward Yermo, CA to check out a waterpark with the kids! Not just any waterpark though! This is the Lake Dolores/Rock-A-Hoola/Discovery Waterpark. Lake Dolores was started by businessman, Bob Byers, as a place for his family to visit and play. Over time, ideas turned into plans, turned into construction, turned into a waterpark open to the public. Lake Dolores opened in the 60s, seeing peak attendance in the 70s and early 80s, then closing in the late 80s.

Fast forward to July 4th, 1998, Lake Dolores reopens under the name Rock-A-Hoola. Millions of dollars had been spent giving the place a facelift - updating rides and landscaping. The park was already in debt and struggling when, in 1999, a employee was on a slide - after hours - the catch pool didn't have enough water in it and the employee was seriously injured. They sued for $4.4 million dollars - and won! Rock-A-Holla property was returned to the Byers family (who started Lake Dolores). It was sold in 2001 and reopened in 2002 as Discovery Waterpark. It was only open on the weekends until it closed in 2004. 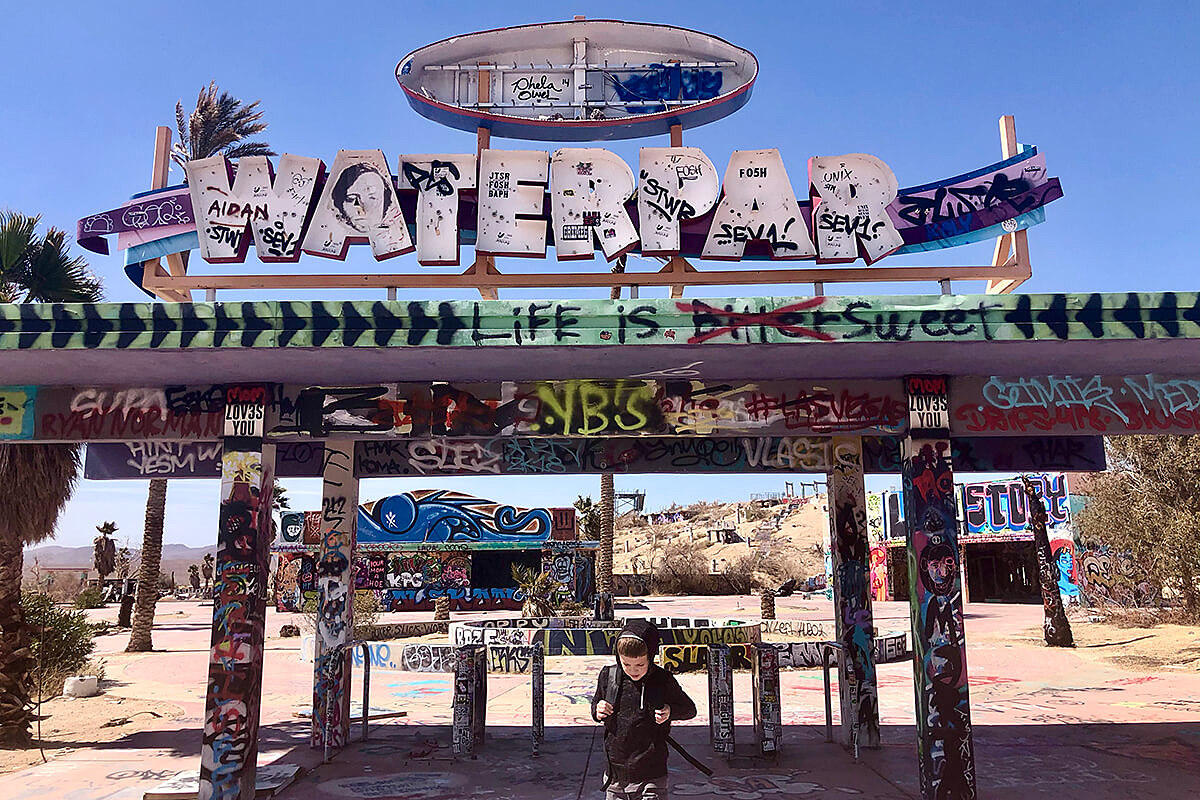 It has been sitting abandoned since then. Time, desert sun and sand, and people have taken their toll on this space. But what a neat place to explore and try to picture what it would have been like to be there with your family during the waterparks prime!